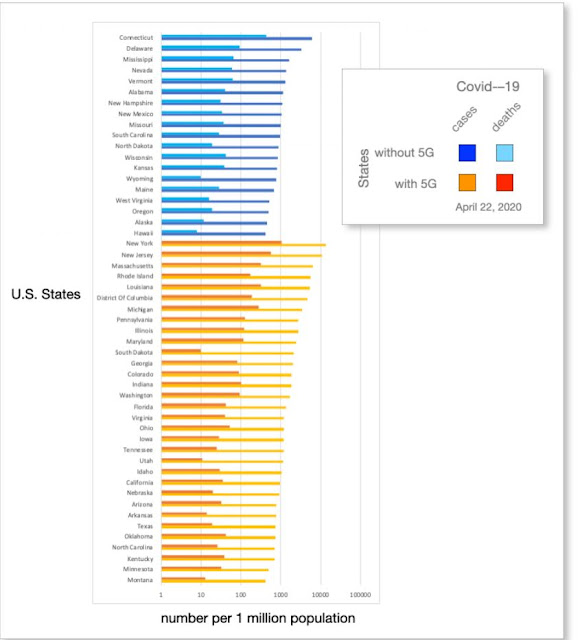 Researchers in life sciences tend to use a probability (p) of 0.05 as a cut-off point (and sometimes 0.01).  If the value for the test is below  0.05 it means that the data are significantly different with a confidence of 95%.  The lower the p value the more confidence we have in the data.  For values above p >0.05 we state they are not statistically significant.
Consequently …
1.  for the number of tests conducted for Covid-19 the p value was 0.4 which means that the data were NOT signficicantly different.  There was no difference in the average number of tests done per million population.  This is good news.  Had there been a difference here we would not be able to compare the data sets.
2.  For the Cases/million we had a p value of 0.02, which means the data are significantly different, i.e. more cases/million of Covid-19 in states with 5G.
3.  For the Deaths/million we had a p value of 0.05, which is also significantly different, i.e. more deaths/million for states with 5G compared to states without 5G.
So the result show that people in states with 5G have a greater risk of getting Covid-19 and dying from it.
This needs to be verified and other places need to be examined.  If this is indeed the case … we are in deep doodoo (not a scientific term)!