French companies will have to protect employees from electromagnetic waves
(Google translation from French)
France Inter with Yann Gallic, January 1, 2017

This is one of the novelties of January 1: companies will now have to take into consideration the issue of electromagnetic waves to which employees are exposed
Measurement of electromagnetic waves using a broad-band isotropic probe. © Sipa / Valinco
These waves are emitted especially by wireless equipment: Wi-Fi, mobile phones or tablets. It took three years for this European directive to be applied in France. A decree, published on August 6 in the Official Journal , on the "protection of workers against the risks arising from electromagnetic fields," said the exposure thresholds that must not be exceeded.
The employer must assess the risks incurred by its employee

Employees should be informed of the risks and the workplaces where they are likely to be exposed to "electromagnetic field levels exceeding the values" should be reported to them and their access be limited. The results shall be communicated to the occupational physician and the health, safety and working conditions committee or, failing that, to the staff representatives and in the event of crossing the levels, workers may be given a medical examination.
Pregnant women and employees under 18 years of age will also receive special attention. Every effort should be made to ensure that the impact of waves is the lowest.
A first step for all employees "electrosensibles"
Sophie Pelletier is an engineer and works in a public administration in the center of Paris. For six years she has hardly any working life. Electro diagnosed by doctors, it is now recognized as a disabled worker because his health has continued to deteriorate due to electromagnetic waves: "In the meeting rooms and wifi in the subway and public transportation , Throughout the week I accumulate this exposure which ends up echoing my general state, with great fatigue, and creates me troubles of the heart rhythm, memory and attention that prevent me to return to work When I'm too tired ".
Sophie Pelletier continues the sick leave. She has repeatedly requested that her position and working time be adjusted. But she has always run into the misunderstanding of her employer. "It's a disease that does not fit in the boxes," she explains, "it's complicated for the employer to arrange a number of things to allow me to keep myself properly in the job. 'I lost two thirds of my salary for several years and it annoys me because I put a damper on my career, or my health, or both at the same time.
According to estimates, in France, there are now nearly 70,000 people with électrosensibibilité.
http://bit.ly/2i5OOPq
https://www.franceinter.fr/societe/les-entreprises-vont-devoir-proteger-les-salaries-des-ondes-electromagnetiques
--
Pubblicato da GiorgioCinciripini a 10:48 Nessun commento: 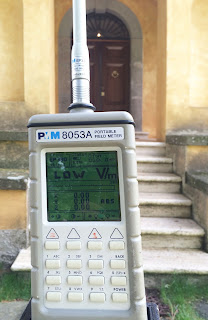 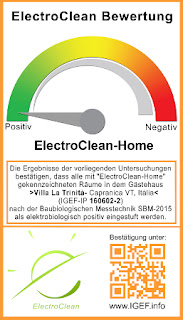 These results confirm that, indeed, the nervous system of a subject can be manipulated through electromagnetic field pulses emitted by a nearby CRT or LCD monitor which displays images with pulsed intensity. The various implementations of the invention are adapted to the different sources of video stream, such as video tape, DVD, a computer program, or a TV broadcast through free space or cable. In all of these implementations, the subject is exposed to the pulsed electromagnetic field that is generated by the monitor as the result of image intensity pulsing. Certain cutaneous nerves of the subject exhibit spontaneous spiking in patterns which, although rather random, contain sensory information at least in the form of average frequency. Some of these nerves have receptors that respond to the field stimulation by changing their average spiking frequency, so that the spiking patterns of these nerves acquire a frequency modulation, which is conveyed to the brain. The modulation can be particularly effective if it has a frequency at or near a sensory resonance frequency. Such frequencies are expected to lie in the range from 0.1 to 15 Hz.