Abstract
Much of the controversy over the causes of electro-hypersensitivity (EHS) and multiple chemical sensitivity (MCS) lies in the absence of both recognized clinical criteria and objective biomarkers for widely accepted diagnosis. Since 2009, we have prospectively investigated, clinically and biologically, 1216 consecutive EHS and/or MCS-self reporting cases, in an attempt to answer both questions. We report here our preliminary data, based on 727 evaluable of 839 enrolled cases: 521 (71.6%) were diagnosed with EHS, 52 (7.2%) with MCS, and 154 (21.2%) with both EHS and MCS. Two out of three patients with EHS and/or MCS were female; mean age (years) was 47. As inflammation appears to be a key process resulting from electromagnetic field (EMF) and/or chemical effects on tissues, and histamine release is potentially a major mediator of inflammation, we systematically measured histamine in the blood of patients. Near 40% had a increase in histaminemia (especially when both conditions were present), indicating a chronic inflammatory response can be detected in these patients. Oxidative stress is part of inflammation and is a key contributor to damage and response. Nitrotyrosin, a marker of both peroxynitrite (ONOO°-) production and opening of the blood-brain barrier (BBB), was increased in 28% the cases. Protein S100B, another marker of BBB opening was increased in 15%. Circulating autoantibodies against O-myelin were detected in 23%, indicating EHS and MCS may be associated with autoimmune response. Confirming animal experiments showing the increase of Hsp27 and/or Hsp70 chaperone proteins under the influence of EMF, we found increased Hsp27 and/or Hsp70 in 33% of the patients. As most patients reported chronic insomnia and fatigue, we determined the 24 h urine 6-hydroxymelatonin sulfate (6-OHMS)/creatinin ratio and found it was decreased (<0.8) in all investigated cases. Finally, considering the self-reported symptoms of EHS and MCS, we serially measured the brain blood flow (BBF) in the temporal lobes of each case with pulsed cerebral ultrasound computed tomosphygmography. Both disorders were associated with hypoperfusion in the capsulothalamic area, suggesting that the inflammatory process involve the limbic system and the thalamus. Our data strongly suggest that EHS and MCS can be objectively characterized and routinely diagnosed by commercially available simple tests. Both disorders appear to involve inflammation-related hyper-histaminemia, oxidative stress, autoimmune response, capsulothalamic hypoperfusion and BBB opening, and a deficit in melatonin metabolic availability; suggesting a risk of chronic neurodegenerative disease. Finally the common co-occurrence of EHS and MCS strongly suggests a common pathological mechanism.
Pubblicato da GiorgioCinciripini a 13:09 Nessun commento:

Cominciano a contarsi le cause legali in USA


Case on Health Risk From Cellphones Is Back in Court
Murray v. Motorola faces another test Tuesday when the two sides argue over what legal standard to use

Photo caption: Motorola is a defendant in a lawsuit that alleges that one of its employees may have suffered from health issues as a result of cellphone use. Other cellphone and wireless companies face similar allegations in more than two dozen such cases.

Alicia Mitchell was 15 years old when her father sued Motorola Inc., alleging the company’s cellphones caused his brain tumor. She’ll turn 30 in February and the lawsuit is still winding its way through court.

In the years since the lawsuit was filed, other plaintiffs have brought more than two dozen similar cases, the most recent one in October. Defendants include almost all the major cellphone and wireless companies, including AT&T Inc., Verizon Communications Inc., Apple Inc. and Samsung Electronics Co.

Representatives for Motorola and the other defendants referred questions to the CTIA, the wireless industry trade group, which said in a statement that “peer-reviewed scientific evidence has overwhelmingly indicated that wireless devices do not pose a public health risk for adults or children.”

So far, the cases have mostly been a battle over legal procedure, not science. Ms. Mitchell’s father’s lawsuit, Murray v. Motorola, faces another test Tuesday when the sides argue over what legal standard should be applied when evaluating evidence brought by scientists.

The case is being closely watched, as it would have ramifications not only for what evidence could be admitted in other cellphone cases, but it could also set a new precedent in the Superior Court of the District of Columbia. Ms. Mitchell’s father, Michael Murray, was diagnosed with a brain tumor in 1999, after spending several years working at Motorola as a handset technician. He and his wife sued Motorola in 2001. He died in 2003.

Jeffrey Morganroth, a lawyer representing the Murrays, has brought several other cases against Motorola and other defendants. A total of 13 cases have been consolidated into the Murray case, and the plaintiffs are seeking more than $1.9 billion in damages combined.
In filings with the Securities and Exchange Commission, cellphone manufacturers and wireless carriers specifically acknowledge the risk posed by health-related lawsuits. “We may incur significant expenses in defending these lawsuits,” Verizon wrote in its 2015 annual filing. “In addition, we may be required to pay significant awards or settlements.”

Through the years, the Murray case has withstood several motions to dismiss and an effort to transfer it to federal court. In August 2014, Judge Frederick H. Weisberg of the Superior Court of the District of Columbia ruled that testimony from five scientists could be admitted to the trial.

The defendants appealed, arguing the court should have used a different legal standard, known as Daubert, when deciding whether to admit the testimony from scientists. Judge Weisberg relied on a evidentiary standard known as Frye. On Tuesday, a panel of judges at the District of Columbia Court of Appeals is expected to hear oral arguments on the matter. Under the Frye standard, the court may only look at the methodology researchers use to determine whether their testimony can be admitted. Under the Daubert standard, judges have more discretion to consider other factors.

“This is a marathon,” said Mr. Morganroth, the lawyer for the Murrays. Eight of the plaintiffs in other cases have died while the lawsuits have been pending, he said. A decision in favor of Motorola and the other defendants, which are pushing for the Daubert standard, would send ripples beyond the Murray lawsuit. Seventeen of the other cellphone-health cases are stayed pending a ruling in this case.
Judge Weisberg wrote in his August 2014 decision that testimony from the scientists he found admissible under Frye would “almost certainly be excluded under Daubert.”

“The consensus throughout the scientific community is that the present state of science does not permit any definitive answer to the question of whether cellphone, [radio-frequency] radiation causes cancer or any other adverse health effects,” Judge Weisberg wrote in that decision.

If the plaintiffs prevail, discovery will begin on the broad issue of whether cellphones can cause brain tumors, specifically, glioma and acoustic neuroma. In addition, the plaintiffs would need to prove cellphones caused the cancer in their specific cases.

U.S. government agencies, such as the Food and Drug Administration, the Centers for Disease Control and Prevention, and the Federal Communications Commission, all say there is no conclusive evidence that cellphones cause cancer, or any other harmful effects. The agencies say further research is needed. In 2013, the FCC began reviewing whether cellphone safety standards, first designed in the 1990s, are still adequate. It has yet to reach a conclusion. 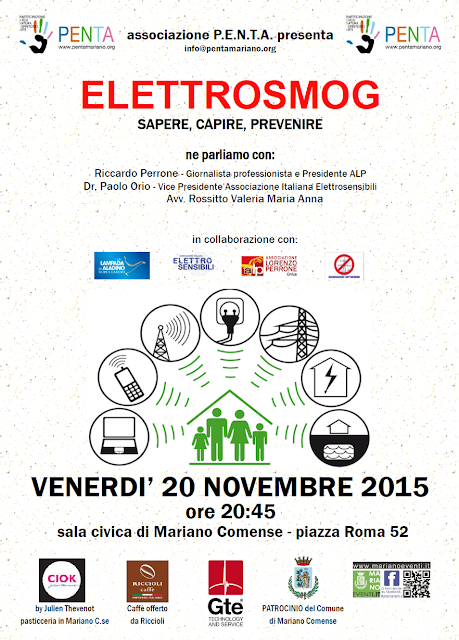