We made a pooled analysis of 2 case-control studies on malignant brain tumours with patients diagnosed during 1997-2003 and 2007-2009. They were aged 20-80 years and 18-75 years, respectively, at the time of diagnosis. Only cases with histopathological verification of the tumour were included. Population-based controls, matched on age and gender, were used. Exposures were assessed by questionnaire. The whole reference group was used in the unconditional regression analysis adjusted for gender, age, year of diagnosis and socio-economic index.

Controls were ascertained from the Swedish Population Registry, covering the whole country and being continuously updated, such that each person was traced by a unique ID number. The registry also records the address to each person. For each case, one control subject of the same gender in the same 5-year group was drawn at random from this registry. They were assigned the same year for cut-off of all exposure as the diagnosis of the each case ...

Exposure was assessed using a mailed questionnaire sent to each person. Regarding use of a mobile phone, the time of average use (min per day) was estimated. The technology has changed since the first introduction of mobile phones. The first generation was analogue phones with an output power of 1 W at about 900 MHz followed by the 2nd generation GSM phones (2G) with either 900 or 1800 MHz frequency and with a pulsed output power. The mean output power was of the order of tens of mW. In the 3rd generation phones (3G) the output is more to be characterized as amplitude modulated than pulsed and the output power is of the order of tens of μW ...

Some special questions covered the extent of use in a car with an external antenna, and use of a hands-free device, both regarded as non- exposure to RF-EMF. The ear mostly used during phone calls, or equally both ears, was also noted.

Use of cordless desktop phones was covered by similar questions; years, average daily use, use of a hands-free device, and preferred ear. The procedure was conducted without knowledge of case/control status. Use of the wireless phone was referred to as ipsilateral (>50% of the time) or contralateral (<50% of the time) in relation to tumour side....

The questionnaire also contained a number of questions relating to the overall working history, exposure to different chemicals and other agents, smoking habits, X-ray investigations of the head and neck, and heredity traits for cancer ...

Adjustment was made for the matching variables gender, age (as a continuous variable) and year of diagnosis. It was also made for socio-economic index (SEI) divided into 4 categories ...

The group of total wireless phone use (mobile phone and/or cordless phone) gave similar results to mobile phone use, with increasing risk with latency yielding highest risk in the longest latency group >25 years; OR = 3.0, 95% CI =1.7-5.2.

Most of the types of malignant brain tumours were glioma (n = 1,380, 92.1%). The most malignant variety, astrocytoma grade IV (glioblastoma multiforme)
constituted 50.3% of the gliomas ... This study clearly shows an increased risk for glioma associated with use of both mobile and cordless phones, a risk that increased significantly with latency and cumulative use. The highest risk was in the longest latency group (> 25 years), giving a statistically significant 3-fold increased risk. Overall a high risk was found for use of the third generation (3G) mobile phones, with OR=4.1, 95% CI = 1.3-12 in the latency group >5-10 years. The risk increased with 4.7% per 100 h cumulative use and with 15.7% per year of latency.

Children and adolescents are more exposed to RF-EMF than adults due to thinner skull bone, higher conductivity in the brain tissue, and a smaller head. Also the developing brain is more vulnerable than in adults and it is still developing until about 20 years of age [31]. We analysed glioma risk in different age groups for first use of a wireless phone. Regarding both mobile and cordless phones OR was highest among subjects with first use before 20 years of age. The risk increased further for ipsilateral use to OR = 2.3, 95% CI = 1.3-4.2 for mobile phone use and to OR = 3.1, 95% CI = 1.6-6.3 for cordless phone use. These results are
consistent with our previous findings [8,15,29,30].

One strength of our study was the high percentage of participating cases and controls, 86% and 87%, respectively, making it unlikely that selection bias influenced the results ...

Recall bias might have been an issue, such that cases would have overestimated their use of  wireless phones. To address this point, we used meningioma cases from the same study as the reference entity in one analysis, which showed an increased risk of glioma with wireless phone use. Thus it is unlikely that our present results using population-based controls are explained by recall bias.
Of certain interest is the higher risk we observed for 3G mobile phone use compared with other types. However, this observation was based on short latency and rather low numbers of exposed subjects. Contrary to 2G GSM, 3G universal global telecommunications system (UMTS) mobile phones emit wide-band microwave (MW) signals. Hypothetically, UMTS MWs may result in higher biological effects compared to GSM signal because of eventual "effective" frequencies within the wideband [32,33]. To our knowledge, there are only two mechanistic studies, which compare effects of 2G and 3G signals using the same experimental approach under well-defined conditions of exposure [32,34] ...

Conclusion. We previously analysed the evidence on glioma associated with the use of  wireless phones using the Hill criteria [20]. We concluded that glioma and also acoustic neuroma are caused by RF-EMF emissions from wireless phones, and thus regarded as carcinogenic, under Group 1 according to the IARC classification, indicating that current guidelines for exposure should be urgently revised. This pooled analysis gives further support to that conclusion regarding glioma.

Joachim Schüz, a senior manager at IARC, is one of those who points to stable cancer rates as an indicator that cell phones are safe (see “IARC Tries To Play Down Cell Phone Tumor Risks”). Schüz was previously with the Danish Cancer Society and is a coauthor of the Danish cohort study that shows no increased cell phone–tumor risks. 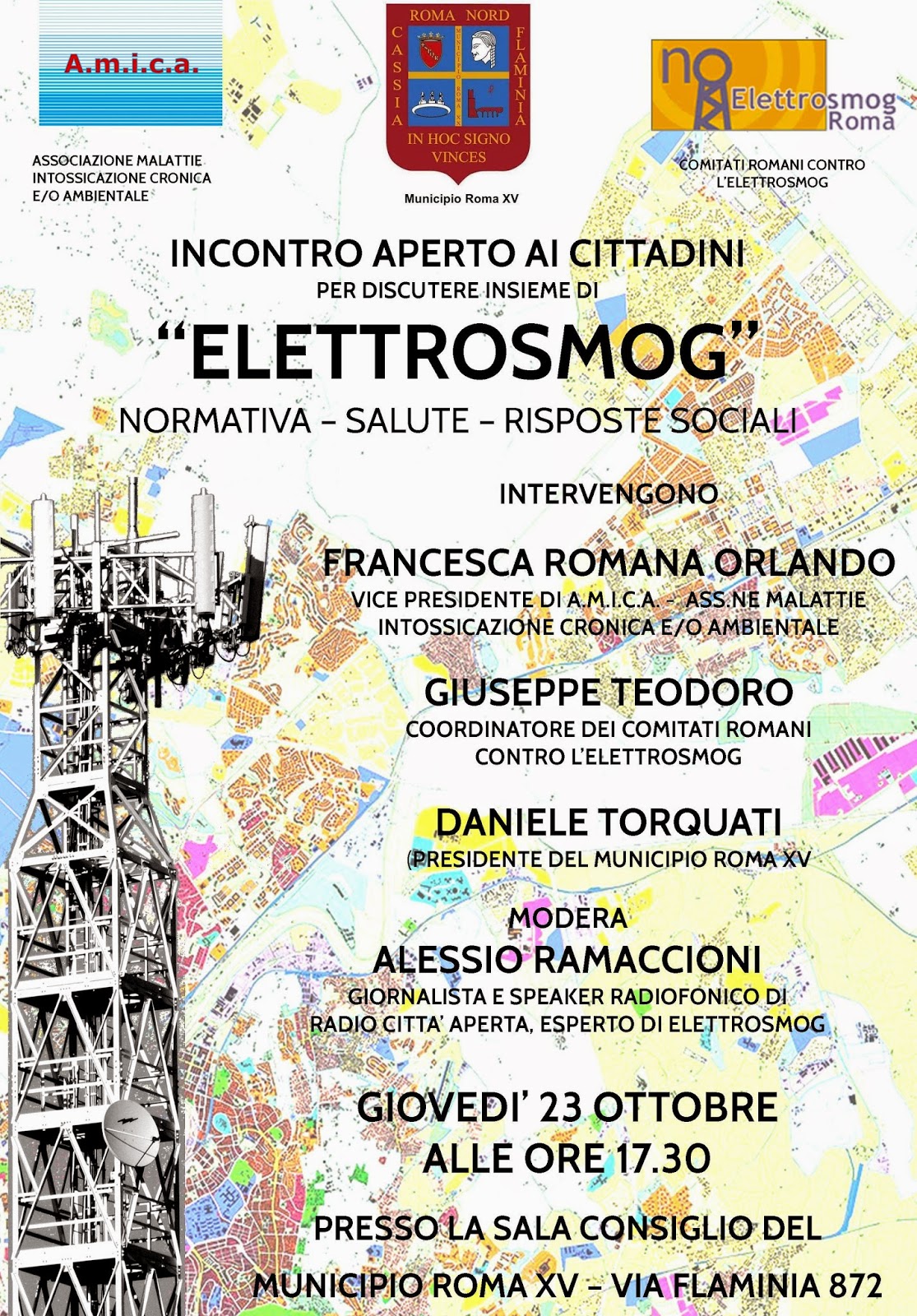