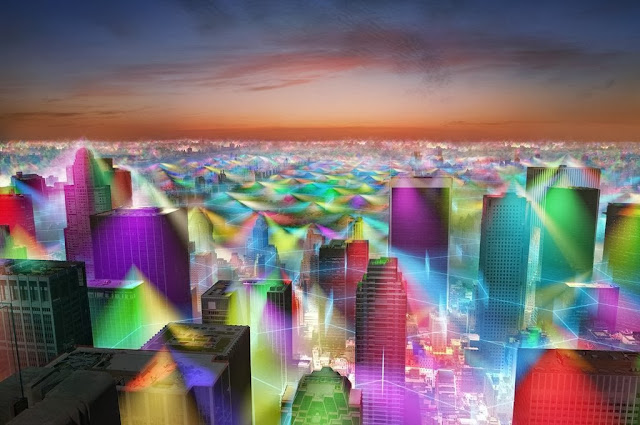 “Mobile Phones and Public Health – Myths and Reality”. It covers articles of eminent scientists and doctors on concerns of public health arising from mobile towers and handsets.
Published by New Delhi based Har-Anand Publications, the book edited by Mr Ravi V.S. Prasad dispels the notion that mobile phone use causes health risks.
Prof. Repacholi, who was the Electromagnetic Fields (EMF) project coordinator for the World Health Organisation (WHO) said, high quality studies have not established that use of mobile phones or mobile towers  causes any health risks.
“From all the high quality studies that have been published and the reviews of all the studies by international and national public health authorities, it can be safely concluded that it has not been established that mobile phone use causes or is associated with any health risks,” he said at the launch of the book.
“WHO has recommended more research related to the possible effects of RF (Radio Frequency) fields on people and some studies have already been completed showing no effect of mobile phone use on human health,” he added.
Prof. Repacholi is also the former chairman of Germany-based International Commission on Non-Ionizing Radiation Protection (ICNIRP) and a contributor of the book.
The book contains articles from well-known scientific writers like Prof. Vasant Natarajan, Prof. Susanta Sen, Dr. KS Parthasarathy, Dr. Jack Rowley and Dr. Bhavin Jankharia amongst others.
Mr. Ravi V.S.Prasad is the editor of this book. He holds advanced degrees in engineering from Carnegie Mellon University in USA and Indian Institute of Technology, Kanpur.He is a consultant and columnist in telecommunications and information technology in India.
“Scientific studies from all over the world have failed to prove any adverse effects from use of mobile phones and towers. Their energy emissions are one-thousandth of the energy from sunlight, and so can’t impact on health.
Source : Lokesh Shastri
http://bit.ly/IBkDhe

The former head of the World Health Organization’s research on mobile phones has said the 2011 classification of wireless signals as a ‘possible carcinogen’ by the International Agency for Research on Cancer (IARC) was flawed because they relied too heavily on human population studies which are prone to bias and errors.

“We all know the many problems associated with epidemiological [population] studies. They are prone to many biases and have serious problems assessing a person’s exposure, especially to EMF,” Dr Mike Repacholi from the University of Rome said in a recent guest blog.
“We are all living in a sea of EMF so it is difficult to distinguish between the exposed and control groups. Because of this, my concern is that there is an over-reliance on epidemiology studies.”
Because animal studies can be conducted with more precision, public health authorities should be more careful in their relative assessments of the evidence, Dr Repacholi said.
IARC defined the evidence in two human population studies, which included these known biases, as ‘limited’ – which automatically put mobile phones in the ‘possible’ category despite the fact that there was no consistent support from animal and cell studies.
“In my opinion the definition that IARC uses for this classification is flawed,” Dr Repacholi said.
Dr Repacholi, former leader of the WHO EMF project and Chairman Emeritus of the International Council for Non-Ionizing Radiation Protection (ICNIRP), is one of the world’s leading authorities on health and safety issues related to mobile telecommunications.
“If epidemiology studies show an effect but overwhelmingly the animal studies don’t, then the assessment should be that there is a problem with the epidemiology studies,” Dr Repacholi said.
There is also widespread misunderstanding about the ‘weight of evidence’ approach used for health risk assessments, Dr Repacholi wrote in the blog.
“Weight of evidence is NOT counting the number of positive and negative studies and then concluding there are more positive study results than negative, or vice versa,” Dr Repacholi said.
A true weight of evidence approach requires that each study, both positive and negative, be evaluated for quality, he said.
“Quality assessment criteria for all study types are well known and studies can be given more or less weight, where those studies that conducted experiments correctly according to these criteria are given more weight or believability in the outcome, than those deemed low quality,” Dr Repacholi said.
“All ‘blue-ribbon’ reviews use this approach. WHO has used this approach for over 50 years and it is a very well accepted, tried and true method for assessing health risks from any biological, chemical or physical agent.”
Finally, Dr Repacholi said in comparison to leading health authorities; the BioInitiative report did not conduct a proper weight of evidence assessment.

“If one assesses the quality of studies referenced in the BioInitiative report it becomes very obvious they almost all fit into the low quality category that have not been replicated. It is very apparent that the authors of the BioInitiative report do not quote leading public health authorities such as WHO or the HPA in their review because they only want to summarise any study that supports their opinion and omit studies that don’t.”
http://bit.ly/1htDFFm
Pubblicato da GiorgioCinciripini a 00:20 Nessun commento: