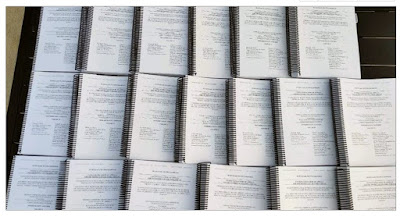 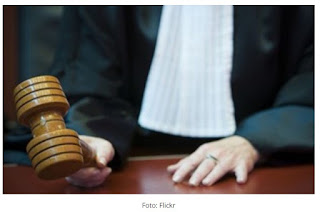 'Health above mast' was how de Telegraaf headlined on 31 December 2020 about the ruling of the Gelderland Court that a cell tower for mobile communications such as 4G and 5G should not be installed without looking at concerns about health risks. On the basis of progressive scientific insight, the judge dismissed the expert report of the Foundation for Advising Administrative Law from 2009. Are we seeing a change of course in the case law here? Yes, say three professors of administrative law and environmental law. MSN published this summary of the Telegraph article by Jannes van Roermund. Thanks to Wilma de Jong who successfully brought this case.

In this news release an explanation of the statement of Martine Vriens, legal advisor and co-founder Let's Talk About Tech.

Breakthrough!The ruling of The Gelderland Court (AWB 19/2184) – in conjunction with ruling AWB 19/2213 – on 18 December 2020 is of great importance because the court considers that even (very broadly) below the exposure guidelines increased health risks are not excluded. The court also considers that the health interests of local residents who are sensitive to radiation should be involved in the balance of interests. In Dutch case law, it is the first time that the exposure limits are no longer leading due to progressive scientific understanding. Previous case law of the Department of state (Department) in which it always refers to a dated expert report seems to be off the table. This ruling offers opportunities for a new substantive discussion on the health effects of radiation, even below the limits of the International Commission on Non-Ionizing Radiation Protection (ICNIRP), both in the case law and beyond.ProcedureOn 17 July 2018, the municipality of Berkelland granted an environmental permit for the construction of an antenna mast almost 40 metres high. The notice of objection of a resident of Haarlo, residing 650 metres from the mast, was declared inadmissible by decision of 15 March 2019 because she would not be an interested party. Resident has appealed against this. The question the court must answer is whether the plaintiff's effects are of any significance in the form of an increased health risk due to the electromagnetic fields (EMV) around the cell tower.Position municipalityThe municipality and the telecom provider take the view that the cell tower does not pose an increased health risk to claimants. Given the distance from the resident's house to the cell tower, they assume that the field strength of the EMV, from about 328 m from the mast, is less than 1 V/m. That strength is well below the so-called ICNIRP exposure limit. For the frequency bandwidth used here, the field strengths vary between 39 V/m and 61 V/m. According to the municipality, there are no increased health risks below this limit, and certainly not at field strengths below 1 V/m.Position of plaintiffsResident brings the safety claim applied by government and industry to ICNIRP limits and argues that she does indeed have an increased health risk from the cell tower, even at a field strength below 1 V/m. The conclusions of the ICNIRP and, among others, the expert report of the Foundation for Administrative Justice (StAB) on the health effects are based on incorrect information and should therefore not be based on decision-making. Since this expert report from 2009, many scientific publications have been published which show that EMV may be carcinogenic and that health effects can also occur at very low exposure intensity. Also, the limits are based only on short-term thermal effects and not on long-term effects that are at stake with exposure to cell towers.Furthermore, in a response to the municipality's defence, resident refers to the last advisory report of the Health Council of 2 September 2020 '5G and health'. She argues that the report does not exclude serious health risks well below ICNIRP limits (such as increased levels of oxidative cellular stress, neurodegeneration of brain tissue, the possibility of adverse effects on signal transmission, electrical activity and gene expression in the brain, on the blood, on pregnancy, birth defects and premature development of posterity, on behavior, cognition and sleep).

In the court's opinion, all arguments, citing scientific literature, are not excluded that there are increased health risks even in the case of a field strength below 1 V/m, and therefore also in the case of claimants. For that conclusion, the court considers it important that progressive scientific understanding of the health effects of EMVs makes it no longer possible to draw on the conclusions of the StAB expert report which was central to the Department's ruling of 14 January 2009. It is also important that a body such as the Health Council, whose opinions play an important role in the assessment of matters such as this, essentially confirms in its latest report that 5G is not yet clear what health effects occur and that, however unlikely, there are links between EMVs and certain diseases. The Health Council also points out the correlation between exposure to EMVs and certain biological processes.

Expert report StaBUntil now, case law – up to the Department – has consistently relied on an expert report from the StAB from 2009 which stated that there is no evidence that exposure to radiofrequency fields in the residential environment leads to health problems. (see section of 5 December 2018 (ECLI:NL:RVS:2018:3979) on a cell tower in Wassenaar) Therefore, concerns about health effects did not succeed in the case law on the basis of that report. In these proceedings, too, the municipality cites this expert report and states that if the radiation remains below the limits, by objective measures measured, the claimant does not experience any significant effects of the cell tower and is therefore not an interested party. It is an important step that the court is now drawing a line through this expert report and states that the conclusions of this report can no longer be taken into account.

Progressive scientific insightThe reason why the expert report can no longer serve as a basis is that there is progressive scientific understanding of the health effects. Many scientific publications and arguments have been put forward by the resident, which leads the court to the opinion that health effects are not excluded, even at low field strengths. For example, plaintiffs show that the 2013 IARC-WHO Monograph on exposure to radiofrequent fields was wrongly removed from view. Prior to this Monograph, exposure to radiofrequent fields was classified as 'potentially carcinogenic' by the IARC-WHO as early as 2011. Subsequent studies show that there is a link between EMV and cancer. Health Council advisory report '5G and health' of September 2020In addition to all the arguments and other scientific literature presented by plaintiffs in its appeal, the court attaches value to the Health Council's advisory report of 2 September 2020 and indicates that the opinions of the Health Council play an important role in the judgment in cases such as this. Now that the StAB's expert report also refers to an earlier opinion of the Health Council, the chances that – should the municipality appeal against this ruling – are small that the expert report will come back on the table. This is because, logically, one has to assume the most recent insights. Courts will therefore no longer be able to refer to previous case law with this latest opinion report and this will allow for a new substantive discussion on the health effects of radiation, including below ICNIRP limits, both in the case law and beyond.

More doubt about health effects by EMVThe Health Council's advisory report of 2 September 2020 clearly casts more doubt on possible health effects from exposure to EMV than was the case in the previous opinions of the Health Council. The report states that:When exposed to 5G frequencies, it is not clear at what level of exposure health damage occurs.It is necessary to know the actual exposure after the roll-out of 5G.There are links between EMV and certain diseases.

There is a correlation between radiation exposure and certain biological processes.It is not excluded that exposure under the latest ICNIRP standards also has the potential to harm health and therefore advises to apply precautionary and keep exposures as low as reasonably possible.This was also made clear at the hearing when the judge – in response to what the resident was saying and on the basis of his knowledge of the Health Council report – failed:

They say, "It could be, but we just don't know." That's what it comes down to.

The uncertainty about the risks has therefore largely determined the judge's ruling.New substantive test cabinet and municipalityPreviously, the Cabinet's response was that, on the basis of this advisory report, the limits could still be assumed and continued with the roll-out of 5G and also with 26 GHz bands, the latter even against the advice of the Health Council. With this ruling, the Cabinet Response does not hold up in view of the other explanations given by the court, questioning the ICNIRP limits. In the case of the municipality of Berkelland, it will have to decide again on the notice of objection and in the new decision the municipality will have to test the health arguments of the plaintiffs in substance and take into account the doubts about the health risks that speak of the new advisory report of the Health Council.ElectrosensitivityThis statement provides an opening for electrosensitives. It follows from this ruling that even people who live at a greater distance from a cell tower can object – should this ruling stand – against its placement. In this case, the resident lived 650 meters from the cell tower. Another resident who lived 450 metres from the mast and also claimed health effects was also identified as an interested party by the same court (AWB 19/2213). This judgment refers to the abovementioned ruling. What matters is what the court rules:

The health interests of local residents who are sensitive to radiation should also be included in the consideration of interests to be made by the defendant. The defendant should assess whether it considers these interests (and the business interests put forward by [the claimant] in that context) to outweigh the general interest of the inhabitants of [domicile] in the case of good mobile reception.

Electrosensitivity must therefore be included in the consideration of interests. The question is how that balance of interests will work out and whether, as the court points out, the health risk is such that the defendant could not have granted the environmental permit. This substantive test has not yet been reached in this statement. The municipality is considering next steps. 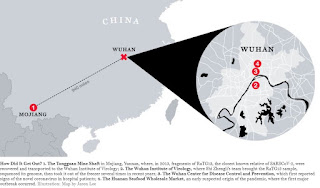 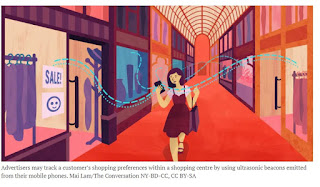