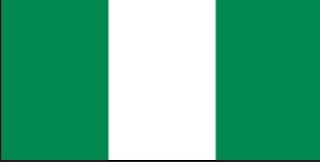 An unexpected move from an African country!

"The Senate on Tuesday asked the Federal Government to suspend the planned deployment of the Fifth Generation Network in Nigeria.

The red chamber stated this after the deliberation on a motion by Senator Uche Ekwunife, drawing the attention of the senators to the status of the 5G network in the country.

Ekwunife said her motion was borne out of the need to assure Nigerians of their safety by asking the Federal Government to postpone the launch until a proper investigation was carried out.

He said the experts should be allowed to handle it and deliberate on the merits and demerits of its deployment.

Senator Opeyemi Bamidele said it would be irresponsible of any government to subscribe to a technology that won’t be safe for its citizens.

He noted that no scientific research has been done by any agency of the Federal Government on the 5G network.

He said countries in Europe were already investigating the implications of the deployment and wondered why Nigeria had yet to do so.

The Senate therefore asked its committees on Communication, Science, Technology and ICT, and that of Health to conduct a thorough investigation with a view to determining the status of the 5G network in the country.

In the interim, the red chamber asked the relevant federal agency supervising the ICT operations in the country to suspend the 5G deployment until a thorough probe to determine its suitability for human health had been achieved.

The joint committees were asked to submit its report within four weeks."

Difficult times - with most governments focused on containing the spread of COVID19, but I will try and establish contact with Senator Ajayi Boroffice.