"WASHINGTON, April 23, 2020—The Federal Communications Commission today adopted rules that make 1,200 megahertz of spectrum in the 6 GHz band (5.925–7.125 GHz) available for unlicensed use. These new rules will usher in Wi-Fi 6, the next generation of Wi-Fi, and play a major role in the growth of the Internet of Things. Wi-Fi 6 will be over two-and-a-half times faster than the current standard and will offer better performance for American consumers. Opening the 6 GHz band for unlicensed use will also increase the amount of spectrum available for Wi-Fi by nearly a factor of five and help improve rural connectivity."
https://docs.fcc.gov/public/attachments/DOC-363945A1.pdf 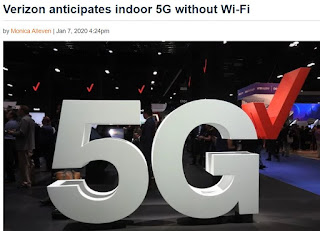 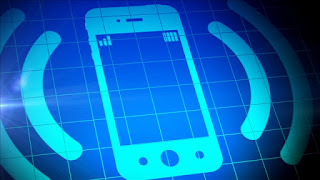 A few months ago, a Swedish company gained international headlines after launching an internal program under which staff were encouraged to have themselves implanted with security micro-chips.
Now, in a sign the technology is catching on, Sweden's state-run public transport provider "SJ" has got in on the action.
It's now allowing commuters to travel on its trains with just a wave of their hand.
Featured:
Stephen Ray, spokesman for Sweden's Rail Provider SJ Lina Edstrom, spokeswoman for Sweden's Rail Provider SJ Ben Libberton, microbiologist, Karolinska Institute

Teton Village, WY -- (SBWIRE) -- 03/06/2017 -- The Cyprus Minister of Education and Culture issued a Decree on January 31, 2017, marked "urgent" to all Directors of Kindergartens and Primary Schools, with specific measures to eliminate and minimize wireless radiation exposure to children in schools. "We have taken the decision to have the wireless network Wi-Fi disabled in all Public kindergartens in Cyprus," reads the Decree. Wireless is to be removed from all Cyprus kindergartens, and wireless installations have been halted in elementary schools and limited to administrative offices. "The Ministry of Education does not intend to proceed with the installation of wireless points and Wi-Fi access classrooms in elementary schools."The Decree reminds teachers that wired internet is already available in all classrooms if the internet is needed for educational purposes. Wireless is only to be used, if needed, in the administrative areas of elementary schools, and wireless is not to be used in the classrooms. However, if the use of Wi-Fi is deemed necessary for a specific educational program, the Decree stipulates that, "necessary measures to protect children should be taken, and wireless access points should remain inactive when not in use for teaching purposes." Furthermore, "the consent of parents should be ensured in advance." The Decree instructs the School Directors to assure parental consent and send a letter to the parents of children who will participate in programs involving wireless technology - informing the parents of the reason and duration of Wi-Fi usage. Alongside their other campaigns about tobacco smoke and toxic chemicals, The Cyprus National Committee on Environment and Child Health initiated a nationwide campaign several years ago to raise awareness about cell phone and wireless radiation exposures to children. The multimedia public awareness campaign was lauded at an international conference on Wireless and Health held at the Israel Institute for Advanced Studies at Hebrew University in January of 2017, and organized in cooperation with the U.S. National Institute of Environmental Health Sciences (NIEHS) and Environmental Health Trust (EHT).Dr. Stella Michaelidou, President of the National Committee on Environment and Child Health shared public service video announcements and brochures about children and pregnancy at the conference. "This Committee has developed tools that are a model for other countries to follow," stated Devra Davis, PhD, MPH, of the Environmental Health Trust at the conference. Several countries already have health policies in place to reduce school children's exposure to wireless. Cypress now joins France, Brazil, Ghent in Belgium, and Israel in banning wireless in kindergarten classrooms and enacting strong measures to minimize wireless exposures in elementary schools. France passed comprehensive new legislation in 2015 and has developed tools to inform the public about how to reduce exposure, similar to the efforts underway in Cyprus. Canada's Standing Committee on Health of the House of Commons also issued a report recommending a public education campaign. In the United States, the Maryland State Children's Environmental Health and Protection Advisory Council recently issued a Report advising the Department of Education to recommend all school districts in the State of Maryland install wired—rather than wireless—internet connections for classrooms. This action represents the first action of a state advisory body to issue guidance on wireless exposures. In Massachusetts and Oregon, several Bills have been proposed to address the health issues posed by electromagnetic radiation in schools and raised by consumers, researchers and medical professionals as concerns about school wireless exposures gains momentum in the United States. About Environmental Health TrustEnvironmental Health Trust is a 501 C 3 registered public charity with the Internal Revenue Service that is the only non-profit in the world that is both conducting cutting-edge basic and epidemiological research and working with policy makers, physicians, teachers and parents to educate and motivate preventive public health strategies.
Pubblicato da GiorgioCinciripini a 03:10 Nessun commento:

This is the request form.  The bill will be written and introduced.
This is this bill and - 2 resolutions will be introduced at the same time.

Emails of support to our enlightened Rep. Alissa Keny-Guyer:


Yona Yahav,  the mayor of with children

Haifa municipality disconnects WiFi in kindergartens and schools in the city

's mayor, Yona Yahav, ordered in coordination with the head of education department, Ilana Truck, to immediately disconnect WiFi in educational system until a thorough examination of the subject. At the same time, Yahav guided to advance the installation of wired safer system.

Yahav:  "The education system in is full of network computers and new, advanced technological systems. However, regarding anything that relates to our children, if there is doubt- there is no doubt. We must take excessive precaution.


As long as the argument on real danger was not refuted, I ordered to disconnect all the devices in kindergartens and in schools. In order not to prevent advanced technology from the children, we will act to activate safe wired system".


In recent years, the internet media has become part of our daily lives. The use of cell phones, smart phones and computers is gaining momentum among a wide range of ages, where children is an especially sensitive population to environmental effects among them exposure to electromagnetic radiation (non ionizing radiation).


"handling electromagnetic radiation in the education systems by local authorities and private owners", all relevant bodies were recruited to measure radiation in all schools in the country.

municipality states, that "the education system has advanced computers system of the highest level. They are under control and stand in annual measurements and until today the results were lower than the demand of the existing standard. "

In view of this, and as long as it was not proven that WiFi radiation is dangerous, a discussion has started in the municipality to take precaution and receive answers from the governmental ministries.

municipality is organizing a conference for the next month, on radiation from cell phones and smart phones, in order to give knowledge to the public on wireless emitting technologies and their effects.  The conference will deal with creating a policy for educated use of cell phones in the education system in . Part of the conference will be dedicated to radiation from Wi-Fi.  This week, in coordination with the head of the city's education system, Ilana Truck, Yahav ordered to disconnect immediately the WiFi in kindergartens and schools in until a thorough examination of the subject is done.  These days the education system is preparing to gradually install wired system as an alternative in all education system in the city. These will be installed in the first stage in classrooms where pupils learn for the final exams that force use of computers, so they won't be harmed from the disconnect. The teachers in elementary schools in the city took on themselves to load every evening the studies material from the internet, so that pupils are not exposed and their studies won't be harmed.  Dr. Mona Nofi-Naama, head of non ionizing radiation issue, in the Cities Association Haifa Bay for environmental protection: "According to the precautionary principle, it is needed to reduce the exposure to non ionizing radiation as much as possible, among the rest also WiFi, by reducing the use of wireless networks and to prefer in every opportunity wired connection rather than wireless. The standards relate to thermal effect only, while here the subject is health effects that do not relate to heating that are in low levels below the standard, but were not defined.