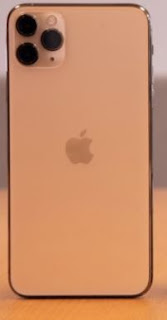 FCC says tests find cellphones comply with federal limits on radiofrequency radiation
By Joe Mahr, Chicago Tribune, Dec 20, 2019
Responding to a Tribune investigation that found some popular cellphone models measured above federal limits for radiofrequency radiation, the Federal Communications Commission said this week that its own testing found all eight models it evaluated were in compliance. 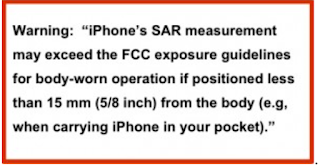 Assessing the effects of cell phone radiation on brain tissue
Researchers have developed a non-invasive NMR-based method to measure the effects of cell phone radiation on brain tissue. To demonstrate the technique, David H. Gultekin and Lothar Moeller measured the amount of electromagnetic energy from cell phone radiation that was absorbed by bovine brain tissue and a gel with similar electrical and thermal parameters. Cell phones are one of the main sources of exposure to radiofrequency (RF) fields, and the World Health Organization recently classified RF fields as possibly carcinogenic based on an increased risk for brain cancer associated with cell phone use. Cell phone RF energy absorbed by brain tissue is converted into heat, and the authors used NMR to create high-resolution 3D images of the resulting thermal fields and confirmed the accuracy of these measurements using fiber-optic temperature sensors. Regular cellular handsets cannot be used in the strong magnetic fields generated by NMR systems; hence the authors developed an antenna setup that allowed them to non-invasively measure the absorption of cell phone radiation using NMR. The study suggests that NMR can be used to characterize hot spots from absorbed cell phone radiation in both brain tissue and gels, and the method could be refined for in vivo measurements of human brain tissue, according to the authors.
Pubblicato da GiorgioCinciripini a 14:51 Nessun commento: