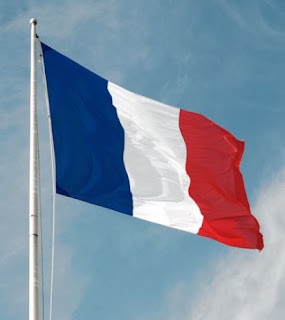 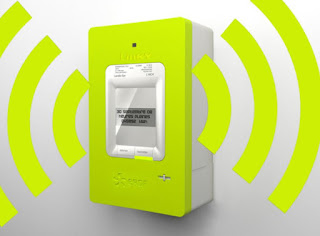 A Bordeaux Court of Law has ordered the smart meter provider (Linky) to shield 13 meters at homes of electrohypersensitive people.

From Sarah Dacre, ES-UKSmart meters to be removed in France
A court in France has ordered the removal of 13 Linky smart meters after they were linked to a variety of health issues. Of 121 cases considered by the tribunal de grand instance de Tours, 108 were dismissed with the remaining 13 being accepted. The lawyer leading the action is hoping to bring more cases against the installation of smart meters in France. Earlier in the year residents in Blagnac, a French village were given legal permission to refuse installation of smart meters in their homes. For further information and resources on the potential health issues surrounding smart-meters visit Stop Smart Meters! UK, Stop Smart Meters! US, Stop Smart Meters Australia. Remember a smart-meter doesn’t reduce energy use, you can do that by simply changing your daily habits. You don’t need a smart-meter! 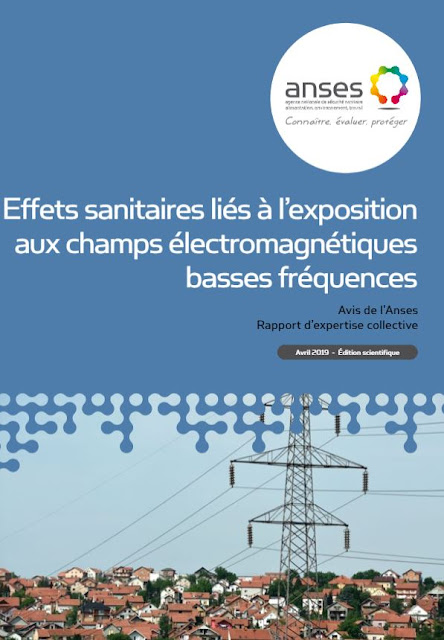 ANSES has funded various measurement campaigns and reviewed research since 2010 finding  highest values of ELF-EMF were found in the immediate vicinity of electrical facilities such as transformers, substations and high-voltage transmission lines that create full-body, chronic, day/night exposures. Household appliances inside homes also generate high levels of magnetic fields that tend to be short exposures localized to the area around the appliance.

The Agency reiterated their 2010 conclusions and issued updated recommendations to reduce ELF-EMF exposure including:

Associations between ELF-EMF magnetic fields and childhood leukemia have been consistently found at levels between 2 and 4 milligauss, levels that can be found in homes in close proximity to high-voltage power lines. ANSES funded a study by a team from Inserm and the University Hospital of Caento to quantify how many children in France were exposed to such levels and found approximately 40,000 children less than 15 years of age are exposed at home to magnetic fields greater than 4 milligauss, and approximately 8,000 children are enrolled in a school where magnetic fields are greater than 4 milligauss. Research by the National Research and Safety Institute for the Prevention of Work Accidents and Occupational Diseases (INRS) and the Pension and Occupational Health Insurance Funds (Carsat) showed that some professionals may be exposed to very high ELF-EMF levels, even higher than legal limits in particular situations such as when using certain industrial machines.

“Several countries have enacted policies to minimize exposure to residents, especially when it comes to children in homes, schools and parks,” stated Theodora Scarato, Executive Director of Environmental Health Trust. Scarato pointed to the EHT database on international policy, which documents the dozens of policies by countries around the world to minimize ELF-EMF exposures. “However, the United States has no safety limits for this type of electromagnetic field; and here in the USA, homes, schools and parks are built directly underneath high-voltage powerlines and beside electricity substations. As an example, in my town, the power company created a biking path directly underneath their high-voltage powerline, and the action was heralded as a benefit to the community. In some countries, this would be illegal.”

Scarato highlights examples of how several countries have policies in place to strictly minimize exposure to ELF-EMF including:

The USA used to have a robust Environmental Protection Agency (EPA) research program on EMF before it was defunded. A 2002 Report by the California Electric and Magnetic Fields (EMF) Program (a program also now defunct) concluded, “To one degree or another, all three of the DHS scientists are inclined to believe that EMFs can cause some degree of increased risk of childhood leukemia, adult brain cancer, Lou Gehrig's Disease, and miscarriage.”

The California Department of Education enacted regulations (Title 5, Section 14010) that require minimum distances between a new school and the edge of a transmission line “right-of-way.” The school setback distances are 100 feet for 50-133 kV lines, 150 feet for 220-230 kV lines, and 350 feet for 500-550 kV lines. There is a history of out-of-court settlements related to EMF exposure from high-voltage transmission lines. For example, Massachusetts Electric, a subsidiary of New England Electric System, agreed to an out-of-court financial settlement to avoid a lawsuit by the family of a child who contracted acute myeloid leukemia. The magnetic fields inside the front bedroom of the family home reached as high as 37 mG.

Reducing Personal Exposure to ELF-EMF from Electronics and Electrical Appliances.

ELF-EMF fields from electronics and appliances fall off rapidly with distance. At one foot away the field is generally reduced. At two to three feet, it is significantly reduced. Experts are less concerned about the brief exposures to ELF-EMF we encounter every day but more concerned about longer-term exposures, such as every night.


France the justice of Bordeaux has recognized 13 cases of electrosensitivity...Google Translate: After a court decision, 13 electrically sensitive Linky anti-counters will be able to benefit from the installation of a filter in order to be protected from electromagnetic waves.This is a small victory for opponents Linky meter: the Tribunal de Grand Instance of Bordeaux has given reason to 13 of the 206 plaintiffs who had initiated a lawsuit against the installation of the electric meter created by Enedis.A decision due to the electrosensitivity of these applicants, who presented medical certificates recounting their symptoms (headaches, insomnia ...). Recognized pain, even if the National Agency for Food Safety (ANSES) believes that there is no "solid experimental evidence to link electromagnetic waves and symptoms described."Result: Enedis has two months to install a filter device protecting these 13 complainants from the electromagnetic fields of the Linky meters.What about the other complainants? They did not claim an electrosensitivity but feared that the counter Linky is an invasion of their privacy or their free choice. They were dismissed by the summary judge of the Tribunal de Grand Instance de Bordeaux.https://www.femmeactuelle.fr/sante/news-sante/compteur-linky-la-justice-donne-raison-a-13-plaignants-electrosensibles-2077743
Pubblicato da GiorgioCinciripini a 08:10 Nessun commento:


Another important development in terms of the recognition of Microwave Sickness / Electoromagnetic Sensitivity - On January 17th, 2019, the French Court of Cergy-Pontoise ruled for the first time that Electromagnetic Hyper Sensitivity (EHS) is an occupational disease that can be developed also from exposure to levels of radiation which are considered to be safe by the government (if they can be injurious as the court ruled then they are clearly unsafe).
Following is the article written by Martine Vriens who is our (We Are The Evidence's) Director of International Legal Affairs.
The importance of the decision is not only that it’s another decision which recognizes EHS / Microwave Sickness as a condition caused by exposure to wireless radiation, but by recognizing that if the exposure to electromagnetic radiation was for the purposes of work, the EHS developed from the exposure may be considered an Occupational Disease. This decision should make employers concerned as it may lead to widespread liability.
This decision joined other decisions by courts in France that recognize EHS (also known as Microwave Sickness, which is the older more accurate name). The other recent decision from France, from September 2018, recognized that an employee was injured in an accident at work as a result of exposure to wireless radiation because of the employer’s failure to accommodate his Microwave Sickness and re-assign him to a different position with less exposure. We are aware of at least two other Court decisions in France that recognized Electromagnetic Sensitivity / Microwave Sickness.
The Case
The employee in this case was employed as a research technician in a chemical laboratory since 2006. At work he was exposed to atypical and significant EMR of various types, including a mass spectrometer for 4-8 hours a day. The radiation measurements showed that the exposure limits were not exceeded, nevertheless, after two years he started developing various symptoms including tinnitus, digestive problems, insomnia, concentration problems and headaches.
Between 2008 to 2011 he visited the company’s doctor several times and in 2011 Professor Dominique Belpomme diagnosed him with EHS and recommended that the employee should avoid Electro Magnetic Radiation (EMR) including those which are considered low intensity, otherwise he may develop serious damage including brain damage. The diagnosis was confirmed by two other doctors.
On 15 March 2016, the Commission de Reforme, a body that advises on accidents at work and occupational diseases concluded that the employee's intolerance to EMR is due to his work.
The Court’s Findings and Decision
The Court ruled that the specific circumstances of this case, and in particular the favourable opinion of the Commission, make it sufficiently likely that the employee has acquired EHS through his work. This is despite the lack of medical consensus on a causal link between long-term health effects and EMF exposure. Press Here for the Court's Decision in French.
The Court further found that the worker was exposed to long-term and significant multi-frequency EMF at his workplace, some of which is atypical. The exposure to EMR has led to real and medically disabling conditions in the worker, which have developed two years after the start of his employment. It is also sufficiently plausible that the employee's EHS is related to his work due to the absence of a previous disorder or other external factors not related to his work.
PRESS HERE for a link to the article to share on social media.
PRESS HERE for a link to the Court's decision in French